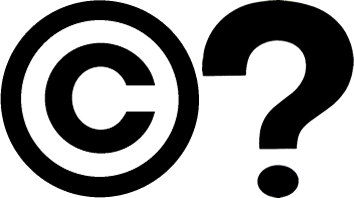 The Problem with Pinboards

Most Pinterest members are conscientious about giving a credit and a link back to the source. That gives it a little free PR. So everything’s hunky dory, right?

Wrong. Thousands of Pinterest members are breaking copyright and causing headaches for artists, photographers, and bloggers. Many image owners don’t mind at all, and are happy for the publicity! But for many photographers and artists, the problems caused by these copyright violations outweigh the benefits.

Update Feb 21, 2012: Bravo to Pinterest for attempting to address copyright concerns by providing a snippet of code so that sites can “opt out”. It doesn’t entirely solve the issue, since one shouldn’t have to “opt out” of a service you didn’t join, but it does help. On Hubpages, if you need to protect your photos from well-intentioned Pinners, edit your Profile, click “Social Networks”, and click the “disallow Pinterest” checkbox.

Read on for why pinning a photo you don’t own violates copyright, breaks image licenses, and is causing special problems for bloggers, photographers and artists.

Copyright is the legal right of artists, authors, and photographers to decide how their own work is copied. (They may sell this right, and thus profit from their work.)

Therefore, giving credit and a link back does not satisfy copyright. You need permission.

Fair use does not say “it’s okay to repost someone’s work if you don’t make money on it.” Even if you don’t, the copyright holder could — unless someone else is giving away that work for free!

Also, an image doesn’t lose copyright when it’s posted on the web.

What happens if you violate someone’s copyright? Most artists and photographers are too nice to sue, and will simply request that you remove the copied work. However, a copyright owner can sue for damages, as one website discovered. That website paid $4000 in damages for a $10 stock photo they had used without permission, even though they removed the photo promptly after receiving a takedown notice.

Pinterest’s Terms of Use prohibit its members from posting copyrighted material without the copyright holder’s permission. Here’s the relevant legalese:

“you represent and warrant that: (i) you either are the sole and exclusive owner of all Member Content that you make available through the Site, Application and Services or you have all rights, licenses, consents and releases that are necessary to grant to Cold Brew Labs the rights in such Member Content, as contemplated under these Terms; and (ii) neither the Member Content nor your posting, uploading, publication, submission or transmittal of the Member Content or Cold Brew Labs’ use of the Member Content (or any portion thereof) on, through or by means of the Site, Application and the Services will infringe, misappropriate or violate a third party’s patent, copyright, trademark, trade secret, moral rights or other proprietary or intellectual property rights, or rights of publicity or privacy…”

However, most Pinterest members ignore these rules. A quick glance at Pinterest.com shows that most pinned images are not owned by the person posting them.

Well, so what? It’s bending the law, but what harm could it do, really?

Pinning an Image Competes With the Original

When someone pins an image, Pinterest doesn’t just store a small thumbnail graphic with a link back to the site, as most social media sites do. Instead, pinning an image stores a full-sized copy, or at least a 500+ pixel copy, on Pinterest. A thumbnail tempts people to click and view the real thing; a full-sized copy doesn’t.

Some people have defended Pinterest by comparing it to Google Image Search, but Google doesn’t store copies (and defended itself in a lawsuit on that basis).

Say you remove a photo from your own site in order to sell it. Or say you find a copy of your art posted illegally on someone else’s website and ask them to remove it. Once the image is removed, Google automatically drops it from search results, but Pinterest’s full-sized copy of the image remains.

Well, for starters, a lot of traffic comes to blogs and photography websites by searching for pictures of things. If someone pins a photo on Pinterest, they’ve created a competing version of the image, which could siphon image search traffic away from the source site.

Online bloggers, writers, artists and photographers have a simple, legal way of benefitting from their images posted on the web: licensing.

An image license means the copyright owner gives permission for a specific, limited use, in exchange for something in return.

Pinning a licensed photo cuts through these legal, mutually beneficial agreements like a machete through a spiderweb.

For example: At the top of this page is a pice of Creative Commons artwork. Artist Sterin Gianinni made it available in exchange for a credit and link back. But when (briefly) Hubpages added a “Pin It!” button at the top of the page, scores of people pinned that graphic and credited it to me, linking to this page, so that the artist gets no credit or promotion. This misattribution happens all the time on Pinterest. Imagine how it impacts Etsy shopkeepers and photographers.

Some of the generous people who offer their images under a Creative Commons license may hesitate to do so, if they see that Pinterest is going to kick that arrangement to the curb.

But even this is not the biggest problem with Pinterest.

By making available any Member Content through the Site, Application or Services, you hereby grant to Cold Brew Labs a worldwide, irrevocable,perpetual, non-exclusive, transferable, royalty-free license, with the right to sublicense, to use, copy, adapt, *modify, distribute, license, sell, transfer, publicly display, publicly perform, transmit, stream, broadcast, access, view, and otherwise exploit such Member Content only on, through or by means of the Site, Application or Services.

Furthermore, Pinterest provides an “embed” button next to every pinned image so that it may be displayed on anyone’s blog or website.

Reread that sentence and think about what that means. Why license a Creative Commons Photo or stock photo, when you can just grab a “free” image on Pinterest and use it to jazz up your blog or article? Copyright, schmopyright!

Remember how I said that Pinterest’s copy of an image may compete against the original for Google traffic? All those embedded versions of the cloned image will link back to Pinterest, and those backlinks may give it the edge.

More importantly, the embed codes mean Pinterest is giving the images away to anyone on the web to use on their websites. [Update: And millions of webpages are doing just that — see sidebar below.] Third party websites are springing up which print books and posters of pinned photos, or sell the designs, or simply using pinned photos to make money by drawing traffic to their websites.

Amy reports on photos pinned without credit or link — and this wasn’t the rare exception. One correspondent found that of 100 copies of her photo posted on Pinterest, “maybe 5 were credited.”

Worse, Locurto discovered that there are blog sites using photos found on Pinterest to get traffic: “People [are] actually creating ‘Inspired by Pinterest’ blogs based on this.” Really, “Inspired by Pinterest” is a misnomer when you take the photo and parts of an article without even (in Locurto’s example) a backlink!

So I did a Google search of:

and saw about 13 million results. (That search excludes pinterest.com itself). Some are original work inspired by pinned photos, but an awful lot of them areillustrated with those photos. Most are not Fair Use.

All the ones I checked earned money through advertising and/or sales. The page that comes up first in Google gives no image credits or backlinks. And two of the first five I checked included image credits to “Bing.com” and “Google,” which I doubt are the names of the original photographers.

Right now, Pinterest is not selling images posted on it; it’s just making money off them with advertising. But we all know from Facebook, Google, and numerous other examples that websites grow and turn a profit by exploiting more fully the content that users share on them. And even if Pinterest bucks the trend, by providing images via embed codes, it’s enabled thousands of people to make money off pinned images they don’t own.

I’m sure most Pinterest members don’t mean to violate copyright, and they wouldn’t dream of pirating and posting a commercial movie online. However, it seems to me that they’re doing something similar. The chief difference is the victim: a small-time artist or photographer trying to eke out a living, instead of a big-budget movie studio raking in the bucks.

Solution? Ask permission! Many will be happy for the PR, while others may have good reasons for saying no. If you want to share an image with friends, but don’t want to go to the trouble of asking permission, why not share a link to the source page through Twitter instead? Facebook also works: it only shows a thumbnail, which is legal, and people are more likely to click a thumbnail to see the original than to click a full-sized copy.

There are ways to use Pinterest legally. See this quick post (not mine): A Hubber’s Guide to Pinterest. It talks about sharing your work while being an active, contributing member of the community. It’s the one how-to I’ve seen that reconciles Pinterest’s Terms of Use — don’t pin content you don’t own — with Pinterest’s policy against too much self-promotion.

Above Article pulled from Greekgeek